Ultimate Arrives in Kuantan and Beyond! 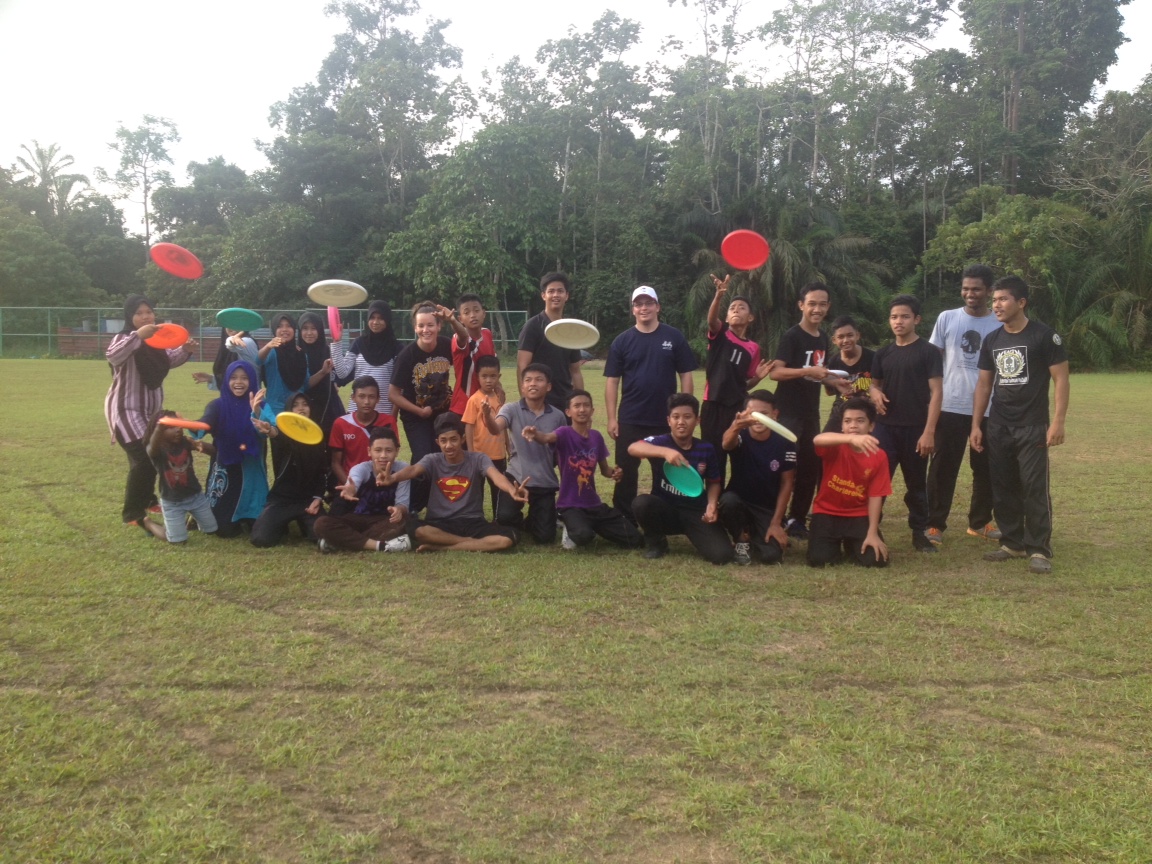 During the month of August, two SMKs in Pahang hosted Ultimate Clinics.  With the help of some Fulbright staff, GSP was able to teach some 40 plus students how to play the great sport of Ultimate.  The students of SMK Teluk Cempedak in Kuantan had already had some experience playing Ultimate thanks to Fulbright teacher, Mark.  The students were excited to learn more about the game and to improve their skills.  The clinic also allowed Mark to recruit more players so that the sport would continue to grow at his school.  The students did a great job and the newbies learned quickly.  Now, Mark is preparing his students to face two more schools in October.

Later in the month, SMK Bukit Damar in Lanchang hosted a clinic for its students.  Fulbright staff, Cassi, had introduced the sport about two weeks before, so the students had an idea of what to do.  We were able to help the students improve their throwing skills and better understand some rules of the game.  The students were quick learners and some of them excelled in their throwing abilities.  It was great to see that Cassi was able to recruit around 8 females to join.  The girls did a great job playing co ed after the clinic.  Now, Cassi is preparing her students to face SMK TC in a tournament in October.  The tournament will feature 3 SMKs and will be held at SMK Bukit Damar on October 2.

Thanks to both Mark and Cassi for their love of Ultimate and desire to see the sport expand in Pahang.  Stay tuned for more updates on how Ultimate is moving into Kuantan and Beyond.