Hats off to Penang … a really great HAT! 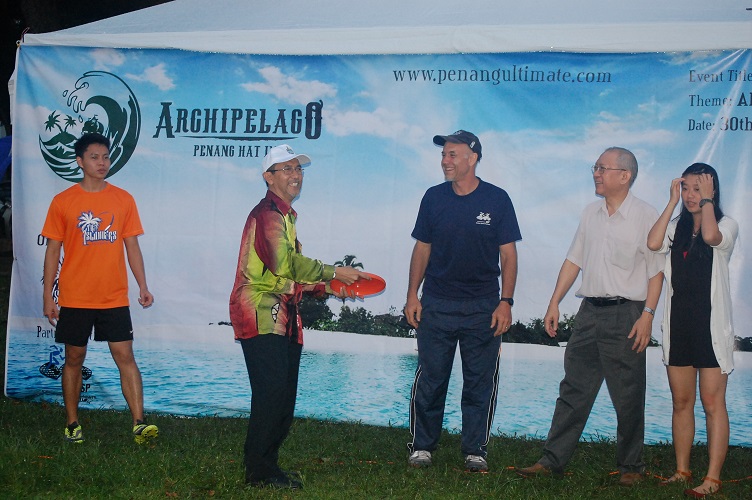 One of the most popular Ultimate events on the Malaysian calendar (the online registration opened in July and was filled within the hour!), the INTI Penang Hat 2013 proved to be a roaring success with 16 teams and 256 players participating. Like all “Hat” tournaments, teams are formed by organizers and players play with each other for the first time on the day of the event. In this years’ edition, Team Alcatraz (Purple) took the Championship with a narrow victory over Isle of Wight (Light Blue).

Tn Hj Rashid bin Hasnon, Penang’s Deputy Chief Minister 1 graciously assisted in the prize-giving ceremony, took to the field to learn how to properly throw a disc and finally to the cheers of all, guaranteed the support of Ultimate by the state government in the days to come. For some great pictures, check out Kai Yik’s photos at  https://www.facebook.com/media/set/?set=a.269134516567932.1073741833.266385423509508&type=1